advanced search
back to search 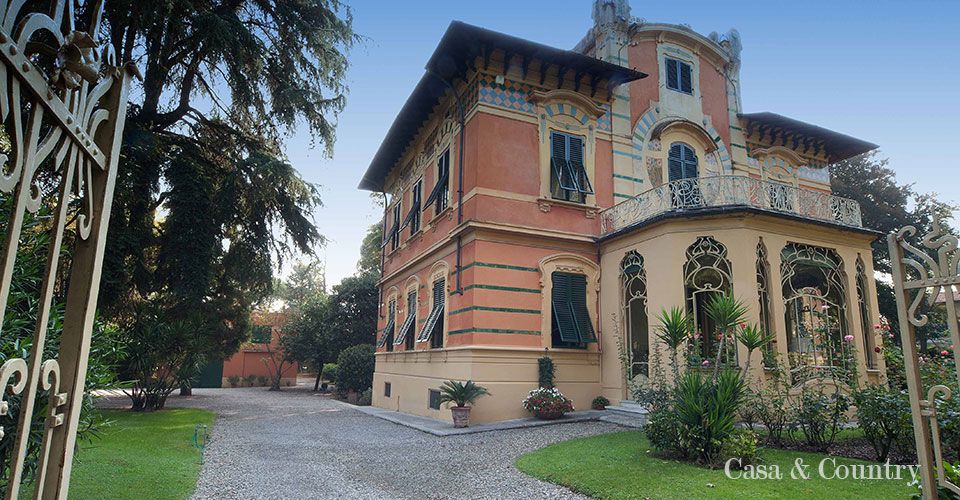 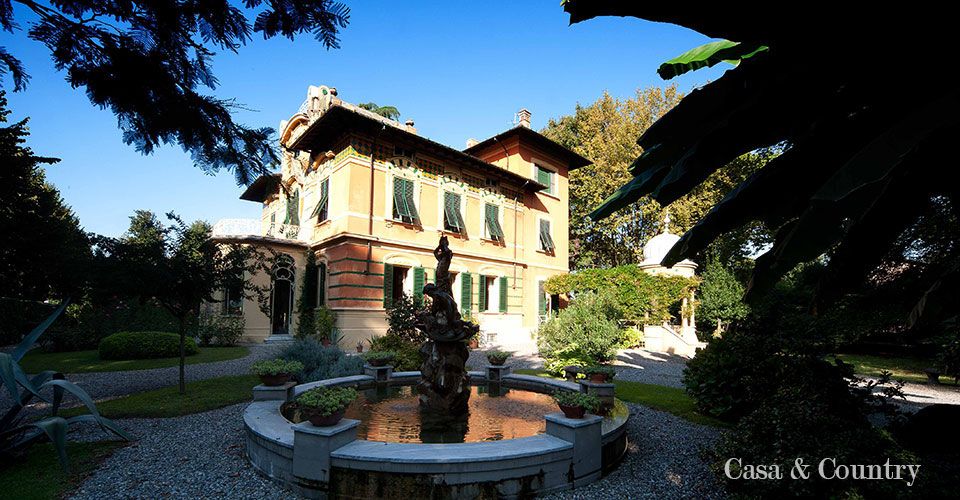 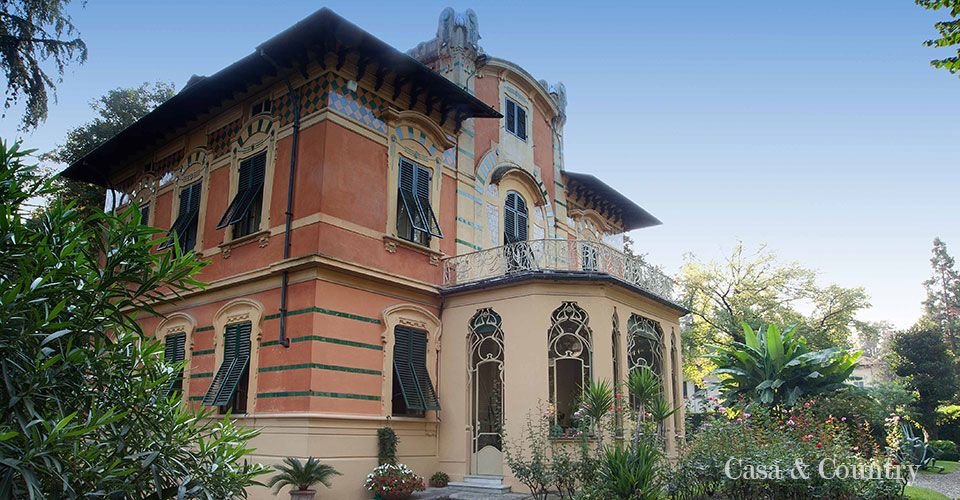 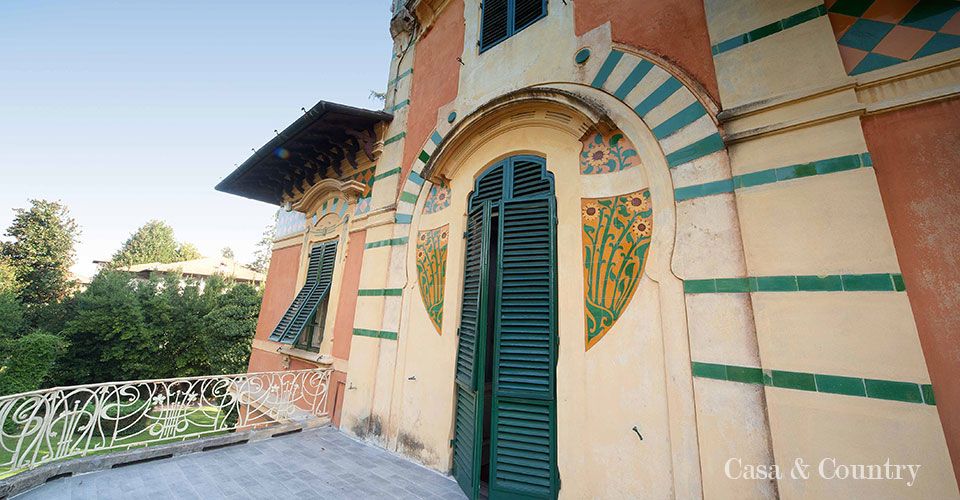 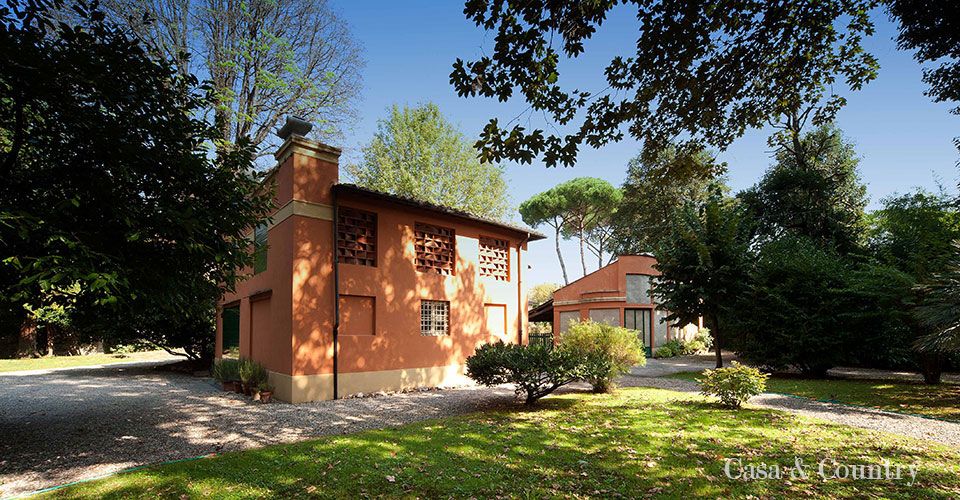 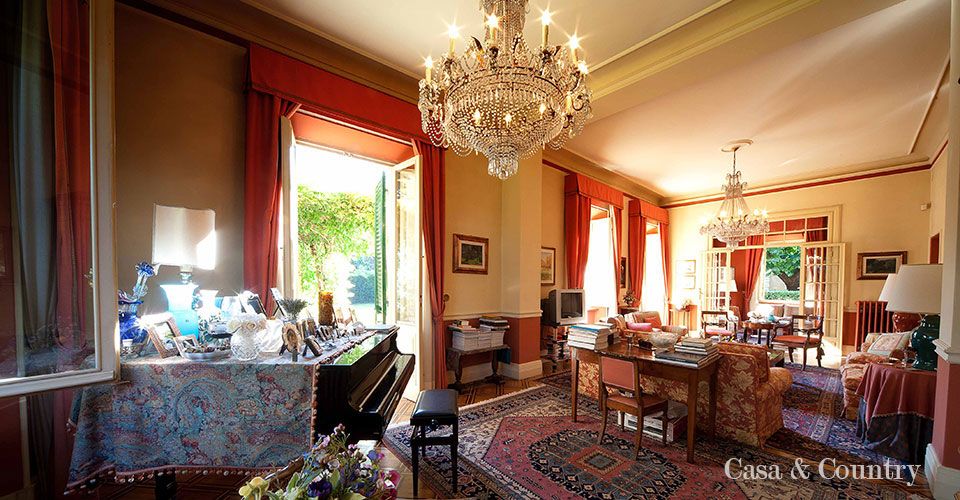 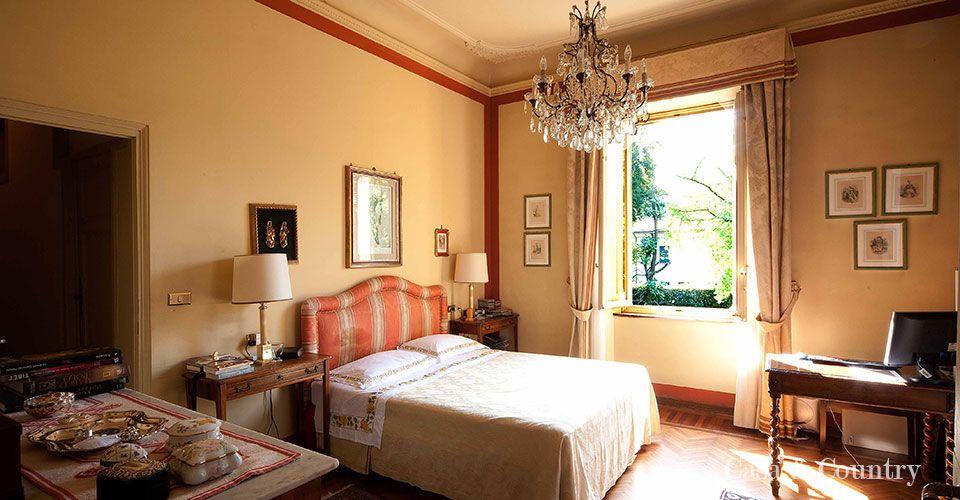 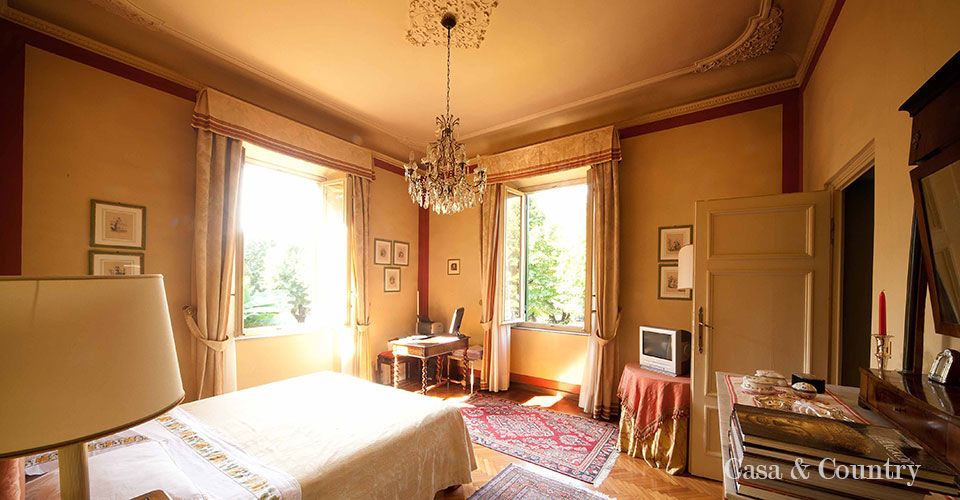 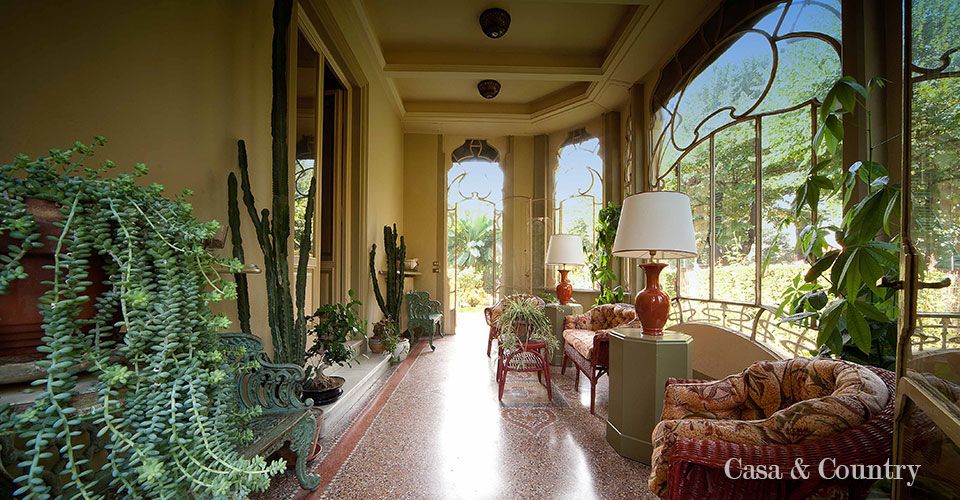 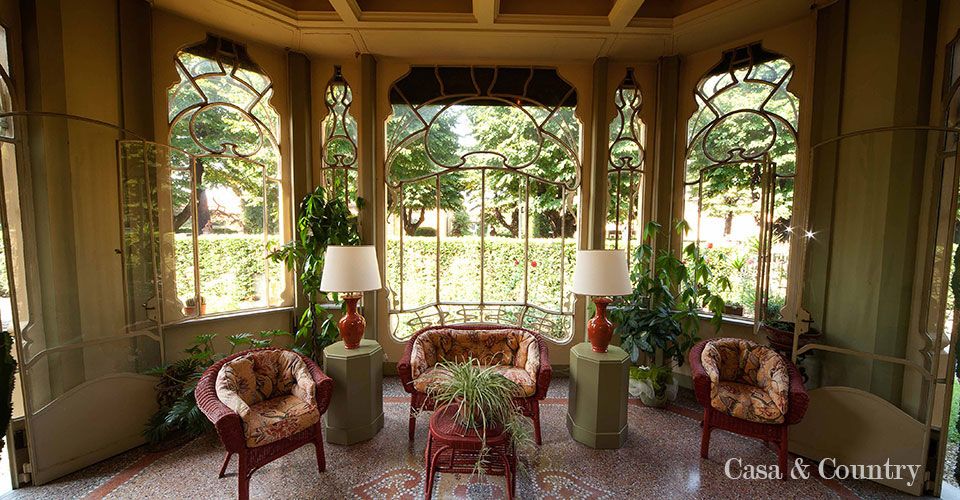 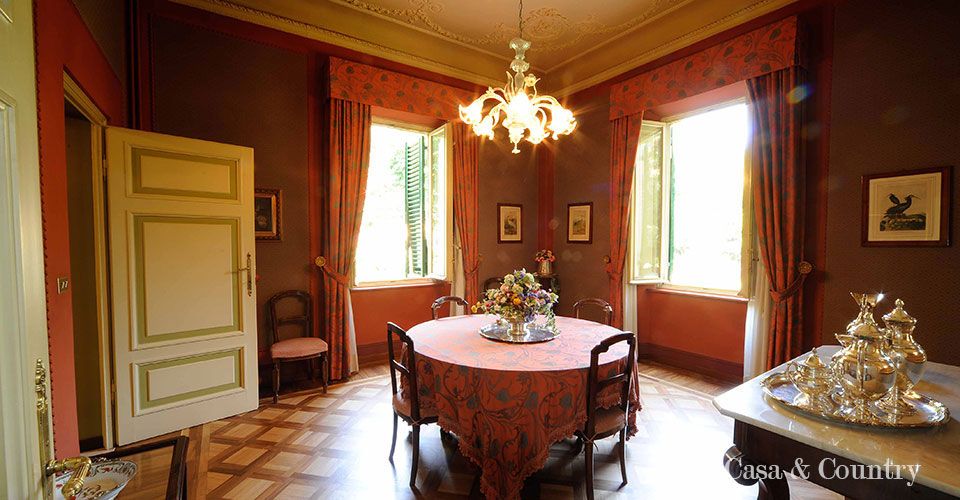 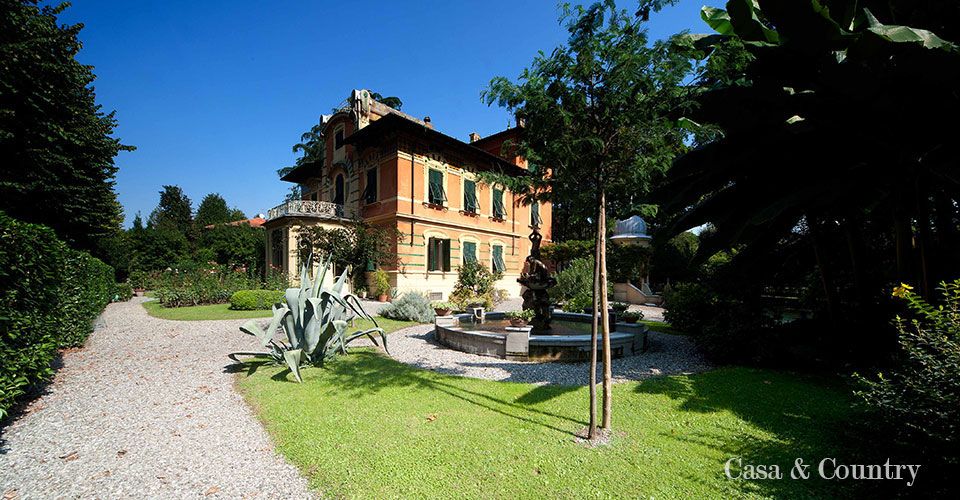 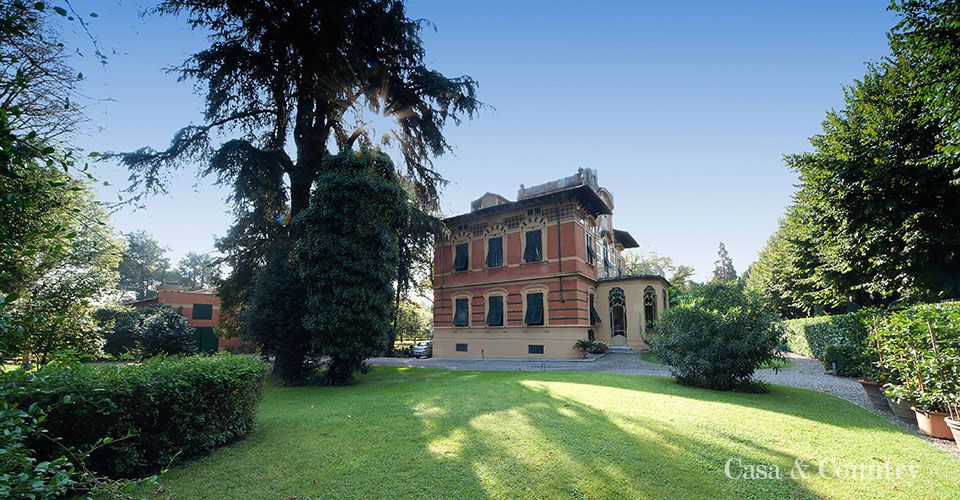 Historic villa for sale close to centre of Lucca

This excellent representation of Liberty architecture is located close to the medieval walled city of Lucca, in North West Tuscany.

Perhaps the most representative example of Liberty style architecture in Lucca, this considerably sized building has a rectangular base and is constructed on two floors as well as the attic and the basement. It is partly covered with flat roofing and partly by a hip roof with a layer of "Marseillais tiles". On the main façade the building exhibits a hexagonal bay-window on the ground floor which is covered by a terrace with two lateral doors and five windows, decorated with wrought iron floral motifs.

Access is gained to the first floor terrace by way of a French door decorated with sunflower floral motifs which are inserted in a circular pattern. The parapet of the terrace has a characteristic "coup de fouet" design which is repeated throughout all the decorative parts of the villa which are in wrought iron. Two windows, decorated on the upper part with polychrome majolica which forms rhomboid motifs, also face onto the terrace. The same decoration is repeated on the fascia below the eaves.

There are very few Villas for sale of this caliber in the Lucca area.

The First Floor is composed of: a study with a terrace overlooking the gardens, the master bedroom and three other double bedrooms, a dressing room and two bathrooms.

There is a further double bedroom and bathroom on the attic floor, as well as two storage rooms. The basement is composed of five rooms currently used as rooms for the children, composed of sitting area and a large laundry room, and a cellar.

The garden is characterised by various architectonic features: a basin with central sculptures which represents a shell with two small cupids and a little temple covered with a cupola which is held up by small columns, all of which are connected to the house by way of an elliptic ramp covered with a wrought iron pergola.

The villa has a garage of 160 m2 for 4 cars and a "Limonaia" of 70 m2. The layout of the park of 4,500 m2 was studied in detail, with a rose garden, ancient camellias, a beautiful fountain, a fish pond and a small dome with a walkway to enter the hall.

Thanks to the half hectare parkland surrounding the villa, the vicinity of the city is hardly felt. Lucca is a fully pedestrianised city, and can be reached on foot in just a few minutes.

Enquire About This Property Today

Fill out the form below and we will be in touch 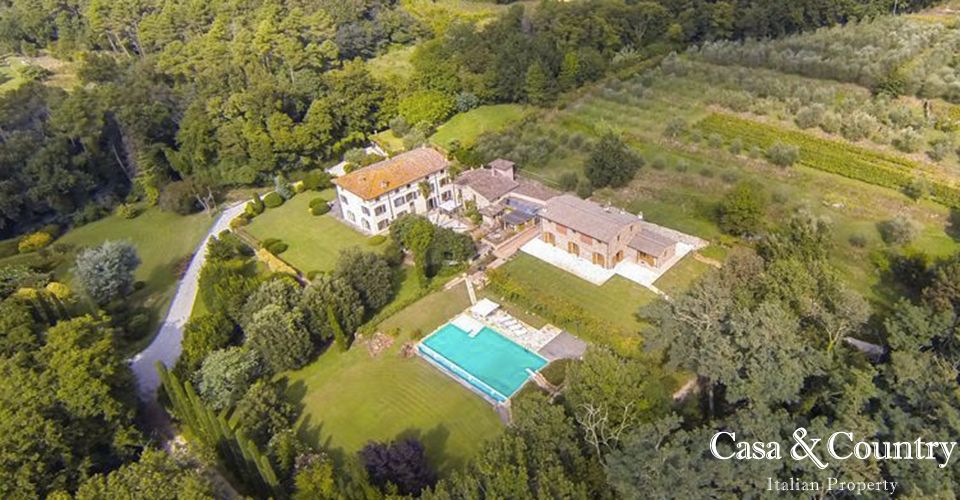 Noble residence near Lucca, with origins dating back to 1000s, with parkland and guest accommodation.

Your selected date & time is at